skip to main | skip to sidebar

That's all for now! 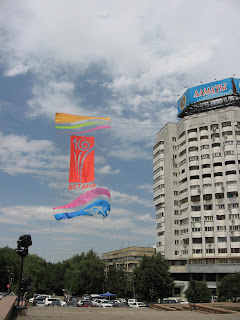 Well, I'm writing this from my new digs in LA -- that's right, the research is over (for the moment), and now I need to focus on getting some furniture for my bedroom and thinking about how I'm gonna write my dissertation! I was very fortunate to receive a dissertation write-up grant from UCLA, so that should help to speed my progress along. Also, in the spring I'll be teaching an undergraduate seminar at UCLA called "Sounds of the 'Stans" -- about music and national identity in Central Asia. Good for the resume, good for the wallet. :)

Anyway, at the point when I left Almaty (June 20), Kazakhstan was starting to gear up for a pretty large event - the 10th anniversary of the nation's capital officially moving from Almaty to Astana. I was told that at the end of July they'll be putting on tons of concerts in Astana, which of course I will very conveniently miss (argh). For a couple weeks before I left, the hype machine was already gearing up -- lots of TV commercials and billboards promoting the upcoming holiday, including a very simple one that features Nazarbayev writing a greeting to Astana; there are two versions of this ad, of course, one in Kazakh (Ak tilekpen, Astana!) and the other in Russian (S lyubovyu, Astana!).

Another interesting bit that I should just mention is the last evening I spent in Almaty with Akerke and her parents. Akerke was kind enough to drive me to the airport at 1 in the morning, so she picked up me and my luggage around 10pm and took me to her house, where we just hung out for a while and had a late dinner with her mom and dad (besparmok, of course! by which i mean the Kazakh "national" dish of large, flat noodles and boiled meat). It was so incredibly pleasant - we sat outside on their tapchan (raised outdoor platform used for summer eating and sleeping) and enjoyed the cool summer night air. I couldn't think of a better way to say goodbye to Kazakhstan (for now!).
Of course, that was before Akerke's dad left, at which point she and her mother started talking about their relatives and the relative's kids, and then of course came around to asking me - no, more like interrogating me - about my plans to have kids. They pressed upon me how absolutely crucial it was that I have a child before I turn 30. "You don't even need to be married," said Akerke, "you can just find a lover! That's okay too!" Whaaa??? Mind you, this is a typically conservative Kazakh family talking here -- which I guess simply attests to the incredible importance for Kazakh women to bear children by a certain age. O lord, maybe I got out of Kazakhstan just in time...I don't think I could handle much more of this marriage/kids pressure!

Anyway, on that note I think I'll close the blog (for now!) with a few more images of Almaty from the past five months. Enjoy! Thanks again to everyone who followed along with my travels and occasional late-night digressions, and a big thank you to everyone who left their comments! Be well, Sau Bol, Poka! :) 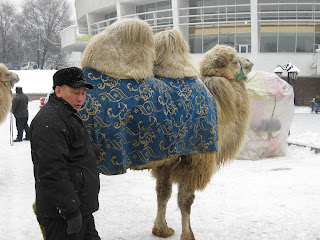 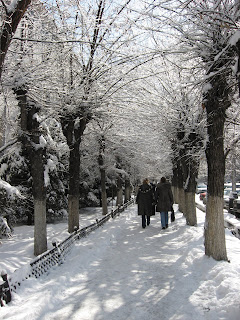 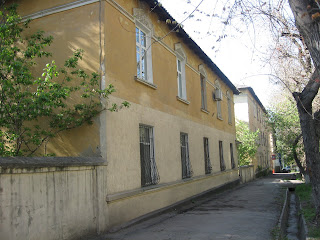 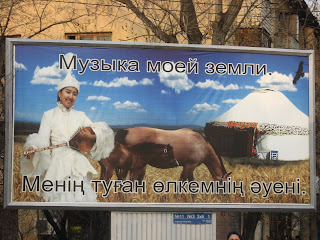 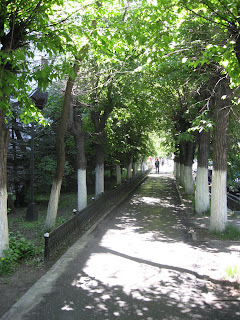 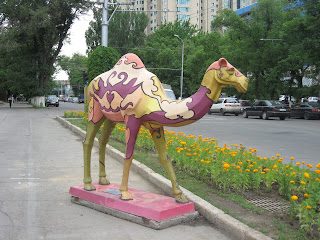 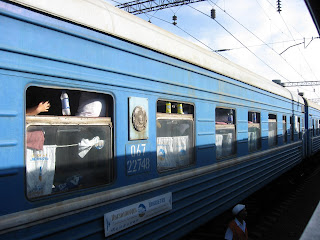 Congrats on your teaching gig! Also, on getting out before you got pregnant! j/k I hope you can keep in touch or send me an email letting me know how you are.
mariethsmith@yahoo.com

I just found your blog and I am enjoying it a lot. I adopted my son from Kazakhstan in 2007 but he was 10, not a baby, and so remembers the country very well.

I was told he was ethnic Russian, but it's clear he is a mixed race child. He never knew his father, and I suspect he was Kazakh.

I look forward to reading more when I find time.

hello there.. after hearing Raushan Oazbaeva i am trying to find a kobyz to buy.. i wonder would you have any suggestions. if you have the time please contact me: flycolm@gmail.com , thanks
Colm from Ireland

hello there.. after hearing raushan orazbaeva i was looking for a kobyz to purchase and was wondering if you had any suggestions.. please let me know if you have the time
flycolm@gmail.com
thanks
Colm o´Flynn from Ireland